Evidence of the ongoing effects of the 8 to 80 concert.

In 2012 the Forest Lake Gardens Choir sang with the Forest Lake School in the 8 to 80 concert as part of the Hamilton Gardens Arts Festival.
It was a tremendous event attended by 500 people, in the English Garden.

The event was always intended to link the village to the school, and to set up ways that the village residents could support the school.

Helen Glynne now goes to the school as Whaea Helen, and gives reading help to students who are behind in their reading. It started from the relationships that were established as part of the children and the 'Village people' interacting. The Principal saw an opportunity, and took it.

Helen's husband, Jim, has Alzheimers and the other men in the village look after him when she goes to the school.

She how has recruited three other people to go and work in the school as well to support the children's reading. Raewyn Beard, Babs Miller, and Eric Ashton.

Let me tell you about Eric Ashton. Eric was becoming frail. Helen recruited him for the reading programme, and he has found a new lease of life. He has been energised by finding that he is useful again!

This is Eric in 2013, it was the publicity photo for the 2014: 8 to 80 concert, which did not happen, as the new festival organiser said it was not suitable! 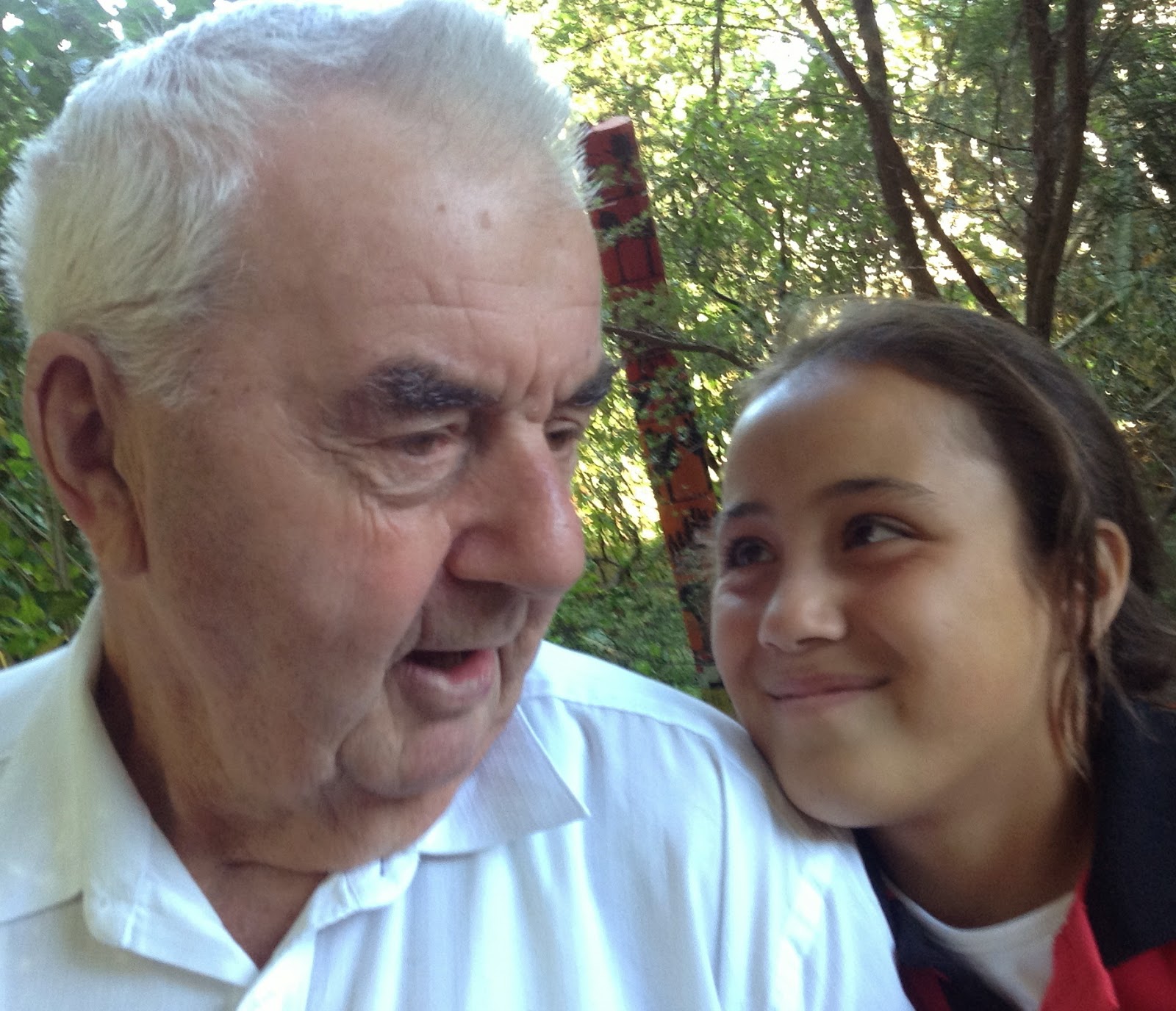 These are the gifts I ask of Thee,
Spirit serene:
Strength for the daily task.
Courage to face the road,
Good cheer to help me bear the traveler's load.
And, for the hours of rest that come between,
An inward joy of all things heard and seen.